Presidential Candidates: Through the Lens of a Debate Student

November 06, 2016
For many high school students, voting and other issues associated with being an adult seem to be a decade away from them; however, that doesn't stop them from voicing their opinions. High school is a time where many adolescents learn about forming their own ideas and opinions based on previous experiences. 2016 is a year where things that were once thought to be impossible are happening.

This year we are faced with one of the most controversial presidential elections in American history. Throughout the past three months, Secretary of State Hillary Clinton and businessman Donald Trump faced off during the presidential debates. Political and personal opinions aside, the candidates both face criticism for their manner of speaking; therefore, I thought that I would give my take on the debate.
I will break it down into three parts: respect, answers, and attitude.
Respect:
As the second presidential debate started, we witnessed the two candidates take the floor. It might have slipped viewers minds initially, but they did not shake hands. Both candidates lacked the basic decency of shaking their opponents hands. Trump and Clinton represent a part of the American people, so not acknowledging each other translates to not acknowledging a part of our nation. The debates themselves were one of the most interesting debates in recent history. SNL and many other satirical shows emphasized the unconventional actions of both parties. As Clinton answered some of her questions, Trump stood behind her, which was viewed by many people as an invasion of personal space. In terms of debate decorum, both Clinton and Trump did not benefit themselves at all. They interrupted each other with haphazard phrases and kept exceeding the time given by the mediators. Constant outbursts of “wrong” and other interruptions made it hard to take the candidates seriously. No matter the opinion and the position another person takes, I believe respect is needed during a debate to acknowledge the opposing side’s reason. Every person has a right to their own opinion and America prides itself on diversity and the land of the free, therefore, every reason should be acknowledged with respect. Connecting it back to the presidential election, we need a president who respects the human society no matter the differences because in the end we all fall under under the American.
Responses:
Both candidates have some improving to do when it comes to their responses. Clinton is well articulated; however, her answers to controversial and personal problems may seem more rehearsed than from the heart. Even if she truly means what she says about people's distress, Clinton needs to work on her own voice. The Secretary of State took her time to answer the questions thoroughly and sometimes taking a bit more than her allotted time. The candidates answers should be to the point while also addressing the problems and questions of the people. Going over time for every answer is exhausting to watch and seeing the candidates avoid a question is even worse. At times it feels like watching a high school chick flick.
Trump started off well, but as the night progressed his answers became more unpolished. His voice was clear, unlike Clinton’s; nonetheless, his answers were incomplete. Many times Trump addressed Clinton rather than the question itself. This election cycle has been the most beneficial for media sources. Drawing the attention away from the real problems, such as the race issues, wealth gap, and education to minor details that concern the candidates personal lives, the media as well as the candidates have managed to exaggerate this election with details that in the end will not affect the country. It is important for the president to have answers to the people's questions and these debates give the candidates a space to showcase their abilities to the nation.
Attitude:
This election has been one interesting journey. All along we have felt the vibes of these different presidential candidates. Although Trump and Clinton have many flaws in their debate and people skills, both have one common quality: determination.
Throughout the race both Trump and Clinton have faced backlash from the media and the people, yet they still stand proud in front of their nation. The country needs a president who will stand up for their values, respect the human race, and let nothing stop their efforts to make this world a better place. 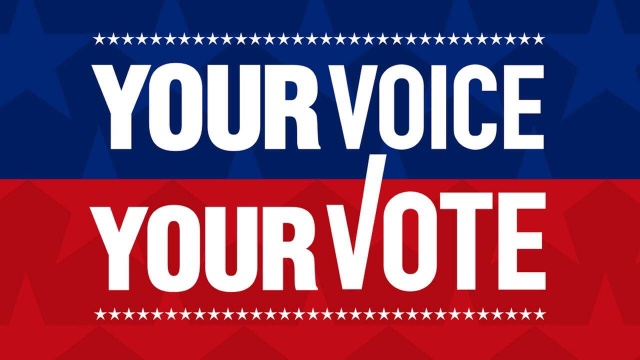 It is hard to believe that this journey will be over in two days and to be completely honest I'm going to miss tuning into the radio and tv to watch this crazy election. As usual America has got the entire world holding their breaths as the Election Day comes closer and as usual America will choose a leader they believe will lead the country success.
No matter the outcome, I know America can always pull through any situation no matter how tough because when we come together as a nation and put our differences aside, as we have time after time, we will always rise to the challenge and be the best.
2016 answers attitude debate student Donald trump Election Hillary Clinton presidential debate respect USA vote