October 01, 2016
"Without distinction of race, color, sex, language, religion, political or other opinion, national or social origin, property birth or other status."
- UN Human Rights Deceleration, article 2
"Bullying is bad" teachers told me.
Bullying is when a person uses their power and intimidation to force another person to do what the person wants.

Here is the thing
I don't see the difference between discrimination and bullying. Sure, the first word is more fancier and not many children know what that means but they both imply that one group of people use their power to exclude another group of people. Everyone is against bullying, so that means everyone is against discrimination.How come when someone tweets #BlackLIvesMatter
they will face back lash with a bunch of people commenting
#AllLivesMatter?

That is the same thing with the hashtags. Black lives matter is not saying that other races don't matter. It is saying that black lives matter equally because many places don't value black lives. I am not black, I'm brown and I don't see a hashtag going around talking about that brown lives matter. Sure brown people face a lot of discrimination, a lot of which I have personally experienced. However, I know that the black community has faced a much longer lasting oppression.

Take crayons as an example
The black crayon is used the most to outline figures. It is the most used but on the other hand the white crayon has never ever felt paper. The white crayons are excluded the most and that is not fair. The yellow crayons are also used less but not as little as the white. This is because the paper is white and so the white doesn't show up when used. Our world is made of black paper. The darker your complexion the less likely you are to show up. Our world has been run by people with power and wealth and is made to benefit only them. It is time to change that.
Are colored people's rights not human rights? 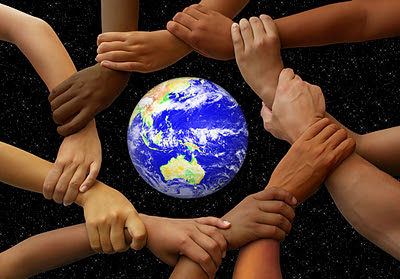 Honestly, women can accomplish what a man can accomplish, and on top of that bring life into the world. As a girl I think other women/girls should start by respecting each other.
How can you expect respect from men if you don't even respect each other.
Are women's rights not just human rights?

Love
Poets, musicians and writers throughout history romanticize the idea of finding love.
Life gives and takes a lot of things but the one thing you can leave this world with is love. Imagine marrying someone you don't love. Every culture celebrates marriage then why can't a man marry another man or a woman marry another woman. Isn't it just binding two souls. Souls don't have genders. It is not gay marriage, it is just plain simple marriage. People are still fighting against arranged marriages around the world because in our eyes marrying someone you don't love is crazy...
Are marriage rights not human rights?

We talk about going into other countries, where people need basic human rights, and fix it and we often do go into other countries to do exactly that, but I'm a firm believer in fixing your own flaws before others. When traveling you are always told that during an emergency you should put on the mask yourself before others. This is true for countries too. You aren't exactly going to be that helpful to another country if you yourself are struggling to get oxygen.
Are your rights not human rights?

Whether you are a mix of multiple races or not, or you are just different from what you are expected to be, know that nobody chooses to be who they are.
We are dealt cards in a game called life.
Nobody ever wishes that they will face extra hardships just because of who they are.

We have all felt discriminated against for just being who we are and no one's problem is less important than another's problem. If you haven't felt it you are lying to others and yourself.
We are all humans and our ancestors fought so many wars to have human rights.

At the end of the day we are all just skeletons covered in decomposing organic material.
Millions of years from now some species is going to discover our skeletons. If you think they will see the difference between races or if one person was gay or one had more money than the other, you are dead wrong. They will the ruins of a once great species that could have gone extinct for the hatred they had for each other. We are all better than that.

"Every quality a person posses is human"

Once you open your eyes and see every difference as a unique color you will come to realize that the world is really like a rainbow. Every color is unique and each compliments the other to create
true beauty.

I'm not asking you to welcome in a complete stranger of a group of people you once disliked. I'm not even asking you try to understand.
I'm just asking for plain, simple respect.

We cannot change anything until the playing field is leveled by respect.
We are all humans at the end of the day... The least we can do is respect each other.